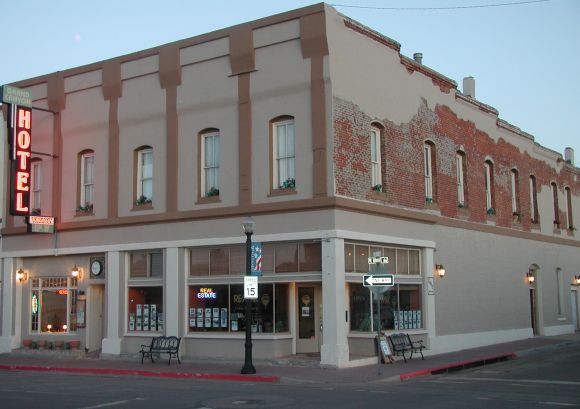 It is a European-style hotel and continues to host many guests from all over the world. Last year alone, we had guests from 109 different countries. We display the guest registers from 1904, and in these registers are such famous guests as General Pershing (who was a Captain at the time) and The Vanderbilts. The King of Siam and John Muir (founder of the Sierra Club) stayed here 4 times. Other guests from the ‘40s and '50s reveal the rooms were rented more than once the same night (Ummm).

The hotel closed about 1970 after interstate 40 bypassed Williams and sat empty for 35 years. New owners purchased the hotel in 2004 and started the complete remodel, re-opening for business in June of 2005. Including all new electricity and plumbing.

The Grand Canyon Hotel is located in the center of Williams at the crossroads of Route 66 and Second street.